It is our pleasure to invite all scientists, academicians, young researchers, business delegates and students from all over the world to attend the 2nd International Meet on Public Health and Healthcare Management will be held in London, UK during December 05-07, 2022.

PUBLICHEALTHMEET2022 shares an insight into the recent research, which gains immense interest with the colossal and exuberant presence of young and brilliant researchers, business delegates and talented student communities.

PUBLICHEALTHMEET2022 goal is to bring together, a multi-disciplinary group of scientists and researchers from all over the world to present and exchange break-through ideas relating to the Healthcare Management. It promotes top level research and to globalize the quality research in general, thus making discussions, presentations more internationally competitive and focusing attention on the recent outstanding achievements in the field of Public Health and Healthcare Management.

We’re looking forward to an excellent meeting with scientists from different countries around the world and sharing new and exciting results in Public Health and Healthcare Management. 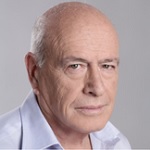 Prof. Alan Apter MD, Director Of Feinberg Child Study Center, Schneider's Children's Medical Center of Israel and Professor of Psychiatry, Interdisciplinary Center Herzliya and Sackler School of Medicine, University of Tel Aviv. Former Chairman, Department of Psychiatry, Sackler School of Medicine University of Tel Aviv. He received his medical education from the University of Witwatersrand, Johannesburg in 1969 and his psychiatric qualifications in Israel and the US. He is a visiting professor at Yale, Pittsburgh and Columbia Universities in the USA and Foreign Adjunct Professor at the Karolinska Institute in Stockholm. Prof. After is a world-renowned researcher in the field of suicide. He is the winner of the University of Toronto's Farrington Award and Columbia University's Brickel Award. He was also awarded the American Foundation for Suicide Prevention Distinguished Investigator Award, as well as the Excellence Award by the World Health Organization's Suicide Prevention Center. Prof. Apter serves on the boards of several distinguished publications, including the Israel Journal of Psychiatry & Allied Sciences, the Journal of Neural Transmission, the Archives of Suicide Research (contributing editor), the European Journal of Child and Adolescent Psychiatry and the Journal of Child Psychiatry and Psychology. He serves on several state committees, including the Israel government's Interdepartmental Committee for Suicide Prevention of Adolescents, the Committee for Child Placement Laws at the Ministry of Social Affairs, the Health Ministry's Committee on the Licensing of Firearms for the Mentally Impaired, and the Defense Ministry's Suicide Prevention Committee. He also serves as a special advisor on suicide prevention to the Israel Defense Forces, and is an adviser for the National Centre for Suicide Research and Prevention of Mental Illness in Sweden. Prof. Apter has penned six book and more than 400 papers in international journals. He has led SCMCI site in three FP7 European-multicenter studies. 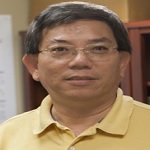 Dr. Huixiao Hong is the Chief of Bioinformatics Branch, Division of Bioinformatics and Biostatistics, National Center for Toxicological Research (NCTR), U.S. Food and Drug Administration (FDA), working on the scientific bases for regulatory applications of bioinformatics and computational chemistry. Before joining the FDA, he was the Manager of Bioinformatics Division at Z-Tech, an ICFI company, at NCTR. He held a Research Scientist position at Sumitomo Chemical Company in Japan. He was a visiting scientist at National Cancer Institute (NCI) at National Institutes of Health (NIH). He was also an Associate Professor and the Director of Laboratory of Computational Chemistry at Nanjing University in China. Dr. Hong is the member of steering committee of OpenTox, the member of board directors of U.S.MidSouth Computational Biology and Bioinformatics Society, and a member of the leadership circle of FDA modeling and simulation working group. He received Ph.D. in computational chemistry from Nanjing University in China in 1990 and followed by conducting research at Maxwell Institute in Leeds University in England in 1990-1992. Dr. Hong has more than 210 publications. 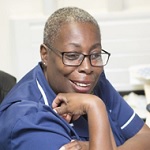 Dr. Carol Webley-Brown lives in South London and she is widowed with four children (three daughters and an adopted son). She has worked for the NHS for over forty years, 20+ years within Accident and Emergency nursing, 10+ in teaching nursing and 10+ in Primary care nursing as a General Practice nurse and have just returned to my first love Mental Health Nursing. She is currently working as a clinical assessor for covid-19. She is also working as an activist for pay fair for nursing and l want to keep the NHS public. Now she is championing Youth violence which l believe should be addressed as a public health issue.

Sergey Suchkov was born in the City of Astrakhan, Russia, in a family of dynasty medical doctors. In 1980, graduated from Astrakhan State Medical University and was awarded with MD. In 1985, maintained his PhD as a PhD student of the I.M. Sechenov Moscow Medical Academy and Institute of Medical Enzymology, USSR Academy of Medical Sciences. In 2001, maintained his Doctor Degree at the National Institute of Immunology, Russia. From 1985 through 1987, worked as a Post Doc Research Associate, for Institute of Medical Enzymology; from 1987 through 1989, was a Senior Research Associate, Koltzov Institute of Developmental Biology, USSR Academy of Sciences. From 1989 through 1995, was a Head of the Lab of Immunology and Immunobiotechnology, Helmholtz Eye Research Institute in Moscow. In 1989, trained at the Lab of Immunology, NEI, Bethesda, MD, USA,, NIH and Lab of Immunology, Wills Eye Hospital, Philadelphia, USA, as well as at some of the British Universities on the invitation of the Royal Society for Immunology. From 1995 through 2004, was a Director of the Dept for Immunology, Moscow Clinical Research Institute (MONIKI). In 1993-1996, was an Executice Secretary-in-Chief of the Editorial Board, Biomedical Science, an international journal published jointly by the USSR Academy of Sciences and the Royal Society of Chemistry, UK. 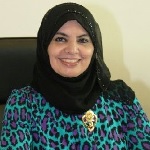 Dr. Samira Al-Saad a mother of a daughter with autism is the Founder & Director of Jeddah Center for Autism (1993), Kuwait Center for Autism (1994), Kuwait Autism Society (2006) and Founder & Head of Gulf Autism Union (since 2002). As an active research worker in the field of special needs many of her research works are published in scientific journals and presented/released in conferences. Being the author of first Arabic book on Autism, she is an accomplished writer and translator contributing books on Autism to Arabic literature as well as the Founder & Editor of the first specialized periodical in Autism & Special needs – “Silent Scream” newsletter distributed in the whole Middle East since 2002. The organizer for the World Autism Conference 11-13, Nov. 2014. Got many awards, one of them was Jan Amos Comenius Medal from UNESCO for her work as educator who have made a significant contribution to the development of education in autism field. 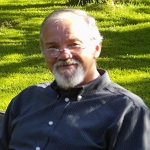 Dr. Brian Littlechild is Professor of Social Work in the School of Health and Social Work at the University of Hertfordshire, UK. A qualified and registered social worker, he worked as a practitioner and manager in protecting children work, youth offending and in adolescent mental health and adult mental health settings before working in universities. He is currently research lead for Social Work at the University of Hertfordshire. He is also Vice President, European Research Institute for Social Work, and Visiting Professor, University of Ostrava, Czech Republic. He acts as a principal supervisor on the University of Hertfordshire’s Doctorate in Public Health (DrPH). He teaches, has led 23 research projects, and carries out doctoral supervision/examining in the areas of children and families work, and mental health. He has presented over 100 papers at local, national and international conferences. He has been an expert member on a National Institute for England’s Health and Care Excellence (NIHCE) Guideline Development Group, and is an expert advisor to NICE. His publications include 35 refereed articles and over 40 books/book chapters and online resources.

Professor Gerardine Doyle is Director of the UCD Michael Smurfit Graduate Business School and is Associate Dean of of the College Business at University College Dublin. Gerardine has been Principal Investigator in the conduct of large inter-disciplinary EU funded comparative research projects that have addressed key health policy challenges including health literacy, diabetes self-management, and childhood obesity. Gerardine is a member of the European initiative Measurement of Population and Organisational Health Literacy (MPOHL) and Advisory Board member of EIT – Health and was the Conference Host and Chair of the 4th European Health Literacy Conference 2019 at University College Dublin. Gerardine is the co-ordinator of a H2020 study surrounding the role of technology in the care of Huntington’s Disease, and is Principal Investigator for a number of major international comparative research projects addressing key areas of health policy and tax policy including, value measurement in the care of children with Cystic Fibrosis, evaluation of Sugar Sweetened Beverage taxes. A key motivation driving Gerardine’s work is to deliver societal impact by engaging in societal-challenge orientated research to influence national and international policy with special emphasis on health, tax and education policy. 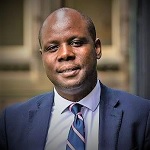 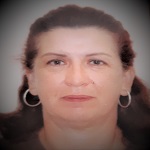 Professor Rita Mano received her PhD from the Polytechnic Institute of Israel (Faculty of Industrial Engineering and Management in 1995. She currently engages in a wide range of studies in mHealth, e-Health and nonprofit management studies. Her research has been funded from Maccabi Health Services (2011) and Israel Society Foundation (2016). Professor Rita Mano publishes regularly in social sciences, technology and health leading journals including Health Expectations, Social Science and Medicine Computers in Human Behavior, Human Relations. Professor Rita Mano published three books on (1) Complexity of Management in human services (2) Nonprofit organizations in Israel and (3) eHealth, mHealth and the self-management of health concerns (forthcoming). Professor Mano serves as a member of the Editorial Boards in several health and human service journals. Professor Rita Mano currently serves as Head of Department in Human Services for a second term. 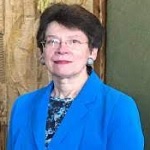 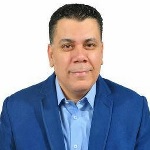 Abdalla Abotaleb is one of the most profound experts in healthcare policy and regulations in the MENA region His expertise extend from HTA & Reimbursement policies , policy analysis to regulatory and supply chain strategies in the public sector. He has been involved in the fields of health economics, Health policy reforming and reimbursement policies for 15 years, with experience across the pharmaceutical, biological and vaccines. And now works for WHO as a project manager at health care reforming area. He, in addition to being a committee member and project manager in a number of national projects in many countries including Germany. United Kingdom, Egypt, Algeria, Sudan, Russia, UAE, Morocco, Jordan, Iraq, Turkey, KSA, GULF, USA and Poland. Multiple engagement efforts are well recognized in his research through introducing concepts of stakeholder engagement. He also does that by being an active member and editorial member of many research organizations internationally and locally. 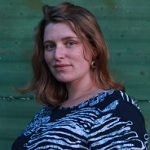 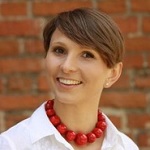 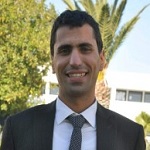 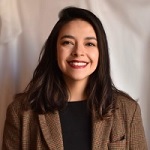 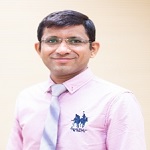 London is the capital and largest city of England and the United Kingdom.It stands on the River Thames in south-east England at the head of a 50-mile (80 km) estuary leading to the North Sea.The London region is governed by the mayor of London and the London Assembly. London is one of the world's major global cities.It exerts strong influence on the arts, commerce, education, entertainment, fashion, finance, health care, media, professional services, research and development, tourism and transportation. London is the biggest urban economy in Europe.