It is our pleasure to invite all scientists, academicians, young researchers, business delegates and students from all over the world to attend the 2nd International Meet & Expo on Materials Science and Nanomaterials conference will be held in Dubai, UAE during October 24-26, 2022.
MATERIALSMEET 2022 Conference provides a platform of international standards where you can discuss and share persuasive key advances in Materials Science and Nanomaterials. In addition to Presentations, Workshops, and Discussions, the conference also offers a unique venue for renewing professional relationships, networking and for remaining up-to-date variations in our challenging and expanding discipline.
MATERIALSMEET 2022 we have not only increased the number of opportunities for you to network with colleagues from across the world but also introduced more focused sessions that will feature cutting edge presentations, special panel discussions, and livelier interaction with industry leaders and experts. We’re looking forward to an excellent meeting with scientists from different countries around the world and sharing new and exciting results in Materials Science and Nanomaterials.

Dr. Serge Cosnier is currently the Research Director of an exceptional class at CNRS at the Grenoble Alpes University (France) and the scientific director of the POLYNAT Carnot Institute. He received his doctoral degree in Chemistry from the Toulouse university (1982) and was an Alexander von Humbold postdoctoral fellow at the university of Munich, Germany. He is member of the Council of the Bioelectrochemical Society (2016-2023) and serves as Editor of Bioelectrochemistry, Specialty Chief Editor of Frontiers in Analytical Chemistry, and Commissioning Editor for Electroanalysis. Dr. Cosnier’s activity is focused on molecular electrochemistry and bioelectrochemistry with the development of electrode materials whose applications include analytical chemistry with biological sensors (enzyme electrodes, immunosensors, aptasensors, and DNA sensors), electrocatalysis, electrochemical biomimetic systems and energy conversion (biofuel cells and abiotic fuel cells). He has developed innovative conceptual advances in the field of electrogenerated organic polymers, inorganic nanostructured materials, and 3D nanostructured electrode materials based on carbon nanotubes Dr. Cosnier has authored over 374 peer-reviewed publications (h-index 66). In 2009, he received the Katsumi Niki Prize of the International Society of Electrochemistry and was appointed as Fellow of this Society in 2010. In 2013, Dr Cosnier became a member of the Academia Europaea and was awarded in 2015 Doctor Honoris Causa of the University of Medicine and Pharmacy of Cluj-Napoca (Romania). Finally, he was elected member of the European Academy of Sciences (EurASc) in 2019 and a Fellow of the American Institute for Medical and Biological Engineering in 2021. 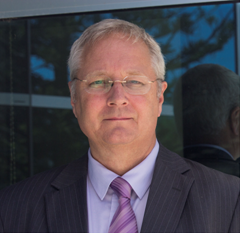 David J. Moss is the Director of the Optical Sciences Centre at the Swinburne University of Technology in Melbourne, Australia, since 2016. He was with RMIT University in Melbourne, 2014-16, the University of Sydney 2004 - 14, and was a senior manager and scientist with JDS Uniphase in Ottawa Canada from 1998-2003. From 1994-98 he was a Senior Research Fellow with the Optical Fiber Technology Centre at Sydney University prior to which he was a visiting Scientist with Hitachi Central Research Laboratories in Tokyo, Japan,1992-94. From 1988-92 was with the National Research Council of Canada in Ottawa. He received his Ph.D. from the University of Toronto in Physics and BSc from the University of Waterloo. He won the 2011 Australian Museum Eureka Science Prize and Google Australia Prize for Innovation in Computer Science. He is a Fellow of the IEEE Photonics Society, the OSA (now the Optica Society), and the SPIE (International Photonics Society). His research interests include optical micro combs, integrated nonlinear optics, quantum optics, microwave photonics, optical neural networks, optical networks and transmission, 2D materials including graphene oxide for nonlinear optics, optical signal processing, nanophotonics, biomedical photonics for cancer diagnosis and therapy, and other areas. 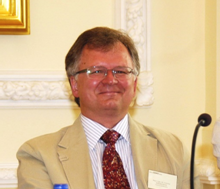 Dr. Vaidotas KAŽUKAUSKAS is a Professor at the Faculty of Physics of Vilnius University, Lithuania. He was awarded Dr. Habil. degree in 1999. The topics of his research work are carrier transport, generation, recombination and trapping phenomena in advanced materials and structures for (opto-)electronic and photovoltaic applications. Prof. V. Kažukauskas is/was involved as a team leader into the six large-scale international projects and other numerous projects. He was awarded the National Science Award of Lithuanian Republic, the National Science Award for the Distinguished Scientist, the Science Award of the Rector of Vilnius University and others. V. Kažukauskas has more than 380 publications, had delivered more than 60 invited lectures at the international conferences, and authored three textbooks. 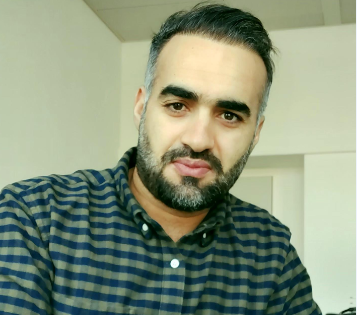 Dr. Walid Dachraoui is currently a scientist at the Swiss Federal Laboratories for Materials Science and Technology (Empa) in Dübendorf, Switzerland. He received his doctoral degree in physics from the University of Antwerp (2012) at the Electron Microscopy for Materials Science group (EMAT). Thereafter, he carried out postdoctoral studies at the University of Aix-Marseille at the Interdisciplinary Nanoscience Center of Marseille (CINaM). He was a postdoctoral researcher at the University of Paris Diderot at the Laboratory of Materials and Quantum Phenomena (MPQ). He then joined the Tarascon group at the University of Picardie Jules Verne (LRCS and RS2E). Then he moved to join the electron microscopy team at Philips University in Marburg as scientist. Dr. Dachraoui's research interests cover various topics in electron microscopy and materials science, such as atomic resolution and low-voltage electron microscopy, as well as in-situ electron microscopy. His activity is focused on imaging the growth and degradation of nanomaterials for different applications at the atomic level and imaging battery materials (cathode, anode, and electrolyte) and their interfaces at atomic resolution and in real-time during charge/discharge. He has published articles in numerous fields ranging from the atomic structure of perovskite-based materials to in-situ liquid TEM, nanomaterials, in-situ electrochemical TEM, battery materials, and materials for solar cells.