It is our pleasure to invite all scientists, academicians, young researchers, business delegates and students from all over the world to attend the International Meet on Biomaterials and Tissue Engineering (BIOMATMEET2022), to be held during April 18-20, 2022 in Tokyo, Japan.

BIOMATMEET2022 shares an insight into the recent research and cutting edge technologies, which gains immense interest with the colossal and exuberant presence of young and brilliant researchers, business delegates and talented student communities.

BIOMATMEET2022 goal is to bring together, a multi-disciplinary group of scientists and engineers from all over the world to present and exchange break-through ideas relating to the Tissue Engineering and Technology. It promotes top level research and to globalize the quality research in general, thus makes discussions, presentations more internationally competitive and focusing attention on the recent outstanding achievements in the field of Biomaterials and Technology.

We’re looking forward to an excellent meeting with scientists from different countries around the world and sharing new and exciting results in Biomaterials and Tissue Engineering. 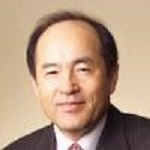 Dr. Zhuang Liu is a professor at Soochow University in China. He received his BS degree from Peking Universityin 2004 and PhD degree from Stanford University in 2008. In 2009, Dr. Liu joined Institute Functional Nano & Soft Materials (FUNSOM) at Soochow University. Dr. Liu is now working in the field of biomaterials and nanomedicine, to develop smart materials and nanotechnology for biomedical imaging and cancer therapy. Dr. Liu has authored over 300 peer-reviewed papers, with a total citation of>60,000 times and an H-index at 130. He has been listed as one of ‘Highly Cited Researchers’ (Materials, Chemistry) by Thomson Reuters since 2015. He has been invited to be the Fellow of the Royal Society of Chemistry (FRSC) in 2015, and elected to be the Fellow of the American Institute for Medical and Biological Engineering (AIMBE) in 2019. The awards he received include the Periodic Table of Younger Chemists by IUPAC,Biomaterials Science Lectureship by RSC, National Distinguished Young Scholar Award (Fund) by NSFC, etc. Now he is serving as an associate editor for Biomaterials. 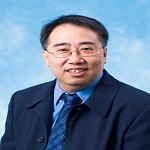 Prof Chun-Sing Lee obtained his BSc and PhD degrees from the University of Hong Kong in 1987 and 1991 respectively. He then furthered his research career in the University of Birmingham of UK with the support from a Croucher Foundation Fellowship. He joined the faculty of the City University of Hong Kong in 1994 and is currently a Chair Professor of Materials Chemistry and the Head of the Chemistry Department. He also co-founded the Center Of Super-Diamond and Advanced Films (COSDAF) in 1998 and is now the Center’s Director. Prof Lee’s current research interests include organic electronics devices and nanomaterials for energy, environmental and biomedical applications. In 2016, he established the journal Materials Today Energy with Elsevier and serves as the Editor-in-Chief. Prof Lee has published more than 800 journal papers with over 40,000 citations and a Scopus h-index of 106. 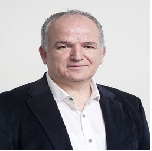 Arben Merkoçi is currently ICREA Professor and director of the Nanobioelectronics & Biosensors Group at Institut Català de Nanociencia i Nanotecnologia (ICN2), part of Barcelona Institute of Science and Technology (BIST). After his PhD (1991) at Tirana University (Albania), in the topic of Ion-Selective-Electrodes (ISEs) Dr. Merkoçi worked as postdoc and senior researcher/invited professor in the field of nanobiosensors and lab-on-a-chip technologies in Italy, Spain, USA and since 2006 at ICN2. Prof. Merkoçi research is focused on the design and application of cutting edge nanotechnology and nanoscience based cost/efficient biosensors. The paper/plastic-based nanobiosensors involve integration of biological molecules (DNA, antibodies, cells and enzymes) and other (bio)receptors with micro- and nanostructures/motors and applied in diagnostics, environmental monitoring or safety and security. He has published around 310 peer review research papers (H index: 67 WOS; 82 GS), supervised 30 PhD students and has been invited to give plenary lectures and keynote speeches in around 200 occasions in various countries. Prof. Merkoçi is Co-Editor In Chief of Biosensors and Bioelectronics and member of Editorial Board of other journals. He is co-founder of two spin-off companies, PaperDrop dedicated to nanodiagnostics and GraphenicaLab to electronic printing. 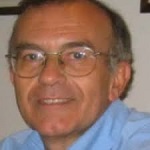 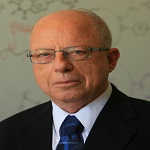 
The Hebrew University of Jerusalem
Israel

Professor Itamar Willner is a Professor at the Hebrew University of Jerusalem, Israel. His research interests include bionanoscience, DNA nanotechnology, biomimetic systems, catalysis, biocatalysis, photocatalysis, stimuli-responsive materials and drug delivery systems, energy conversion by artificial photosynthetic systems and biofuel cells. He received many awards including the Max-Planck Research Award for International Cooperation, The Israel Chemical Society Award, The Israel Prize in Chemistry, The Rothschild Prize, the EMET Prize and the Gold Medal of the Israel Chemical Society. He coauthored over 800 research papers, and was listed by Thompson Reuters/Clarivateas a Highly Cited Researcher andamong the World’s Most Influential Scientific Minds (2014-2019). He has over 70,000 citations and has an h-index of 140 (Web of Science), 158 (Google Scholar). He is a member of the Israel Academy of Sciences and of the German National Academy of Sciences – Leopoldina. He is or was a member of more than 30 Editorial Boardsor Editorial Advisory Boards of Journals, including Angew. Chem.; J. Am. Chem. Soc.; Nano Lett.; ACS Nano.; Materials Today Chemistry; ChemPhysChem, Langmuir, Small,ChemBioChem, and more 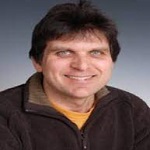 Mark did his PhD at the University of Oxford, followed by post-doctorial studies at Harvard Medical School before being appointed a Royal Society University Research Fellowship. He was awarded a Professorship in Combinatorial Chemistry in 1996 aged 34. He has been elected to fellowship of the Royal Society of Edinburgh, and awarded a number of prizes including the Novartis Lectureship and the 2015 and 2019 Royal Society of Chemistry Tilden and Interdisciplinary prizes. He has published >350 peer reviewed papers, filed some 25 patents and is co-founder of Ilika Technologies (IPO 2010), DestiNA Technologies and Edinburgh Molecular Imaging. Mark is director of Proteus an Interdisciplinary Research Collaboration supported by major investment from the UK’s Engineering and Physical Sciences Research Council supporting some 20 post-docs and 20- PhD’s. Interdisciplinary is at the heart of Proteus - linking together disciplines such as optical physics, chemistry, biology and engineering. 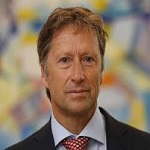 
Institute of Metals and Technology
Slovenia 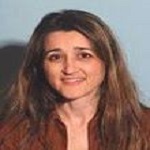 Artemis Stamboulis has research interests in the development and the microstructural characterisation of materials for biomedical applications. She has published over 70 research papers in international scientific journals. Artemis has an active research group and has supervised to completion of more than 55 postgraduate students. Artemis teaches at both undergraduate and postgraduate level (MSc/MRes in Biomaterials) and is interested in Education Research and particularly in Threshold Concepts in Engineering.

Dr Joachim Loo is Associate Professor in the School of Materials Science and Engineering (MSE), Nanyang Technological University (NTU), Singapore. He holds a joint appointment at the Singapore Centre on Environmental Life Sciences Engineering (SCELSE) and is a Visiting Scientist at the Harvard School of Public Health (HSPH), USA. He is also an international member of the Association of Pacific Rim Universities (APRU) for Sustainable Waste Management, and a member of the Coordinated Research Project (CRP) under the International Atomic Energy Agency (IAEA), United Nations (UN). His research interests include designing delivery systems for agri-food and biomedical applications. He has published more than 200 international journal papers (h-index: 53 – Web of Science), three book chapters and filed more than 15 patents. From his patented technologies, he has spun-off two companies, i.e.LiberaTx and Dietrics. Recently, he was also awarded a grant from the Bill and Melinda Gates Foundation to develop delivery systems for nutraceuticals. He is currently a co-convenor of the ISO/TC 229 Nanotechnology National Working Group (WG3), under the Singapore Chemical Industry Council.

Malte C. Gather works at the interface between biophotonics and organic semiconductors, with particular focus on resonant and implantable devices. After a PhD on organic LEDs in 2008, he was a postdoc at University of Iceland and later at Harvard University, USA, where he developed the first laser based on a live cell. He was assistant professor at TU Dresden, Germany, from 2011 to 2013 before becoming a full professor at University of St Andrews, UK. He recently won the Alexander von Humboldt Professorship to set up a new research centre for nano- and biophotonics at University of Cologne, Germany. 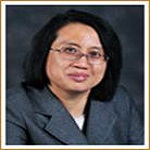 Professor Mary Chan obtained her B.Eng (Chem) from the National University of Singapore in 1986 and earned her Ph.D. in Polymer Chemistry from MIT in 1993. Prior to joining NTU in 2001, she worked in the chemical industry. She was formerly a senior technical manager in Sipix Imaging (CA, USA) working on Epaper development. Pr Chan is an elected fellow of the American Institute of Medical and Biomedical Engineering. She is also on the Editorial Board of three international and highly reputed journals: (i) Journal of Biomedical Materials Research: Part A (ii) American Chemical Society Applied Materials and Interfaces and (iii) Polymers for Advanced Technologies. Her research groups at the School of Chemical and Biomedical Engineering and the Centre for Antimicrobial Engineering focus of the development of antimicrobial polymers and nanomaterials for the treatment of bacterial infections.

Tokyo, one of the world's largest cities, offers a uniquely eclectic mix of traditional and contemporary attractions. Please enjoy Tokyo and beyond during your stay for a conference, meeting or business. Tokyo, Japan’s busy capital mixes the ultramodern and the traditional, from neon-lit skyscrapers to historic temples. The opulent Meiji Shinto Shrine is known for its towering gate and surrounding woods. The Imperial Palace sits amid large public gardens. The city's many museums offer exhibits ranging from classical art (in the Tokyo National Museum) to a reconstructed kabuki theater (in the Edo-Tokyo Museum).